What are all the requirements for a valid contract?

Background: Contracts are the basis of most kinds of business deals and agreements. In their previous article Vakilsearch explained the income tax benefits of life insurance and medical insurance policies. Here they explain what makes a valid contract.

A contract serve as a legally binding agreement that allows someone to do something and prevents them from doing other things. As it is enforceable and binding, it works as an agreement that gives people the right to perform certain actions. As per the Indian Contract Act, 1872, there are certain essentials that a contract must uphold to be valid and legal. Section 10 of this Act lays down the requirements of a contract that make it binding and legal in the eyes of the Indian judiciary. Here’s a look at everything you need to know regarding the requirements for a valid contract.

What is a Contract?

As per the Contract Act of 1872, a contract is defined as a legally enforceable agreement. Hence, for any contract to be deemed legal it must be an enforceable agreement. Let us look at these two components. An agreement is essentially a set of promises that outline a function of the do’s and don’ts that make up an operation. If the proposal is accepted, then that means that the one to whom the terms have been defined is okay with the nature of the operation. Once the proposal is accepted, it becomes a promise, and hence, the agreement becomes valid.

Guidelines for an Agreement

Essentials of a Valid Contract

Also read: When to send a legal notice? - Things to remember

The following individuals or parties are exempted from creating contracts owing to the fact that they are not in a position to fully understand the agreement.

Any contract that has terms which are unlawful or illegal, makes the entire agreement invalid or illegal. As per the Contract Act, the following considerations are deemed illegal:

As contract play important roles in most businesses and transactions, parties must be extremely careful while drafting and agreeing to contracts. All the clauses in the contract must be well-read and understood before committing to anything. Also, for a contract to be legally binding, it must adhere to all the conditions given above. Use this article as a guide to make sure that every contract you enter into is legally binding and sound.

To explore business opportunities, link with us by clicking on the 'Connect' button on our eBiz Card.

Greetings! We would love to work with you and your company. We look forward to connecting with business houses and MSME's. Other articles written by Vakilsearch Staff 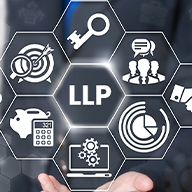 Can I register my new manufacturing business as LLP in india? 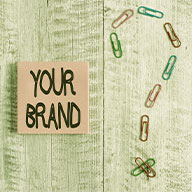 Can we use another business name?