In a bid to boost agricultural activities in the severely drought-stricken state of Maharashtra, the Government has decided to ink a collaborative agreement with the Israeli Government's agriculture department, to facilitate adoption of modern agricultural technologies to increase Indian crop production.

A joint declaration was signed between Israel’s Agriculture Minister, Yair Shamir and his Indian counterpart, the Minister of State for Agriculture, Mohanbhai Kalyanjibhai Kundariya, to establish a 'joint team' to finalise the 'third phase' of the existing action plan, (2015-2018) for further strengthening and widening the scope of bilateral agricultural development based cooperation between the two countries.

In the first phase (2008-10), five 'Centres of Excellence' for fruits and vegetables were set up in Haryana and Maharashtra, followed by the second phase (2012-15) which witnessed the setting up of around 22 such centres across the country.


The project's pivotal theme is to utilise Israeli technology to amplify crop productivity and foster crop diversity across various regions in India.

Agenda of the Joint Declaration


The Indo-Israel Agriculture Project (IIAP) or the Joint Agriculture Project, implemented by Israel’s Agency for International Development Cooperation - MASHAV and the Mission for Integrated Development of Horticulture (MIDH), has become a strong platform for achieving India’s agricultural goals, some of which are listed below:

Israel’s Agency for International Development Cooperation (MASHAV) is dedicated to providing developing countries, with the best of Israel’s experience in agricultural development and planning. Founded in late 1957, MASHAV is responsible for the design, coordination and implementation of Israel’s development cooperation programmes.The initiative has consistently maintained the goal of poverty alleviation, provisioning of food security, empowerment of women and upgradation of basic health and education services as its main stated motive.

How Israeli Technology can be a Boon for Indian Agriculture

Israel’s agricultural sector is characterised by a high degree of technological advancement, automation and controlled mechanisation resulting in superior quality seeds and plants.

Under the Joint Declaration for Cooperation in Water Technologies signed between the Indian Ministry of Urban Development and the Israeli Ministry of Industry, Trade and Labour, Israel has pledged to assist India in reducing the cost of desalination of water as well as recycling of water for irrigation purposes.

Israel also supports India in fulfilling the latter’s food requirements, by exporting new crops, hybrid seeds and products which have earned recognition in international markets. Indian states such as Haryana, Maharashtra, Gujarat and Rajasthan have benefitted in horticulture, mechanisation, orchard and canopy management and post harvest management under the Action Plan of 2008-10.

Israel is known for conducting rigorous research on developing different varieties of seeds, with the following features:

Despite being a semi-arid country with limited water resources, Israel is a leading producer of agricultural products, globally. It is a major exporter of fresh produce and a world leader in agricultural technologies. From drip irrigation to natural pesticides, Israeli innovations continue to help combat hunger, especially in the developing countries. State-of-the-art innovative techniques make Israel the leading producer of agricultural products. In the wake of prevalent droughts in several of its states, India can benefit tremendously by adopting Israeli techniques for enhancing crop production using minimal water resources.

Case Study 1: Manoj Bhatia, a farmer from the village of Mohiuddinpur in Karnal, multiplied his income tenfold by planting vegetables in poly-houses under controlled conditions. "I earn a net profit of Rs 7-8 lakh per year from vegetables grown in poly-houses. Sticking to growing only wheat and rice, I could earn a meager sum, anywhere between Rs 70,000 to Rs 1 lakh per year," says Bhatia. Today, he cultivates vegetables on 30 acres of land, including 3 acres in poly-houses. He moved out of commercial wheat and rice planting two years ago.

Case Study 2: Deepak Khatker, a resident of Sheikhpura Khalsa village in Karnal, about 100 km from the national capital says, “We have traditionally grown wheat and barley in our fields, but the Israeli techniques we learnt at the centre lured us to growing vegetables as well.”

Experts from Israel regularly visit the centre and organise free training sessions for farmers, teaching them ‘protective agriculture’ which helps increase crop yields while ensuring optimal use of fertilizers and water. The experts also visit the farms if required.

In addition, corporates and professionals are also taught ways to produce quality vegetable seedlings at a nominal charge.

Case Study 3: Fifty-year-old Bijender Phor, another farmer from Khatker's village, who has been gradually shifting from growing grains to vegetables, says that the centre is playing an important role in transforming the lives of farmers.

“Methods like vertical farming help save ground-space by growing the crops vertically, while drip irrigation saves almost 90 percent of water. These methods are revolutionary," shares Phor.

Aided by the Centre of Excellence, Phor and many others like him now sell their produce directly to chains like Mother Dairy.

India’s burgeoning population, coupled with the rapid spurt in urbanisation and industrialisation, is set to pose a formidable challenge to the Government. Judicious use of scarce natural resources is thus, the need of the hour. Joint models of collaboration to tackle the country’s agricultural pain-points are a viable means of surmounting such challenges in the most efficient manner possible. 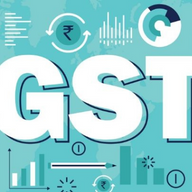 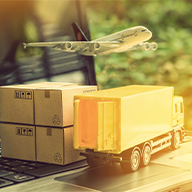 Steps to activate Shyplite integrated shipping services on your Linker.store 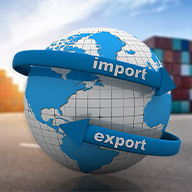 What is Import Export Code (IEC)?

Caring is the new Digital Marketing

A resume never lies! 3 questions to ask yourself while preparing a CV

Top 6 trends in the Indian agricultural industry for 2019

The supply chain & its impact on agricultural food waste in India

An entrepreneur's quest to create an innovative soil enrichment product

Want to read more on Agriculture?