The Indian logistics industry has undergone a sea change from the 60s, when it was completely labour-intensive to the present day, with the integration of a technology-oriented system that helps provide a wide range of logistics services. Historically, the logistics sector was limited to transportation and warehousing.

However, in present times, logistics management covers all the aspects of the value chain including an efficient integration of transportation, distribution, warehousing, reverse logistics, value-added services such as payment collection, packaging, documentation, customer brokerage facilities, kitting, repair management, reconfiguration etc. With the service providers offering such a wide range of integrated services, organisations can focus more on their core competencies and make their supply chain more effective.

Currently, the dominant mode of transport is by road, accounting for about 68% of freight movement in India. Around 1.5 million trucks operate on the Indian roads and the number is constantly on the rise. Railways are relatively cheaper and are preferred for transporting bulk materials over long distances. Major commodities such as cement, food grains, petroleum products, iron ore, and raw material are transported through trains.

The current state of logistics in India is still emerging and has a long way to go to match up to its global counterparts. The sector is highly fragmented and is hindered by factors such as poor conditions of infrastructure and means of transport, complex tax laws, lack of IT infrastructure, and lack of industry readiness.

Also read: Packaging challenges at the warehouse & how to solve them

Regulations applicable to the logistics industries

Major laws that apply to the industry are:

Multimodal transport refers to a transport system under the control/ownership of one operator, operated by one carrier with more than one mode of transport i.e carriage of goods through two or more modes of transport in succession. Present third-party logistics (3PL) service providers provide all services such as warehousing, transportation, and door-to-door delivery, for both national and international orders. A multimodal transport operator (MTO) is entirely responsible and liable for the transportation contract.

The Multimodal Transportation of Goods Act, 1993 (later amended in 2000) was introduced as a uniform system that balanced the interests of the operators and the cargo owners. The Act contains provisions for registering oneself as a multi-modal transport operator. Following the enactment of the Act, only registered operators could carry out multi-modal transportation services. This helped develop a sense of security among exporters, thereby expediting exports.

Requirements for registration as a multimodal operator

The certificate is valid for three years from the date of issue and can be renewed from time to time for a further period of three years at a time.

A planned and organised multi-modal transportation system minimises the loss of time, wastage, and damage to cargo at shipment points. It takes the burden of having to issue multiple documentation and contracts off of organisations and helps reduce the overall costs of exports. Combining public and private modes of transport effectively offers opportunities to utilise the strengths of both while avoiding their weaknesses.

Carriage of Goods by Land

The Ministry of Road Transport and Highways (MORTH) entrusts with the task of formulating and administering, in consultation with other Central Ministries/Departments, State Governments/UT Administrations, organisations and individuals, policies for Road Transport, National Highways and Transport Research with to increase the mobility and efficiency of the road transport system in the country.

The Carriage by Road Act, 2007 provides for the regulation of common carriers of goods by road. It states that a certificate of registration is compulsory for any person to engage in the business of a common carrier, after the commencement of the Act.

A ‘common carrier’ defines by the Act as a person that engages in the business of collecting, storing, forwarding, or distributing goods to carry by goods carriages under a goods receipt or transporting for hire of goods from place to place by motorising transport on road. It also includes a goods booking company, contractor, agent, broker, and courier agency engaged in the door-to-door transportation of documents, goods, or articles utilising the services of a person, either directly or indirectly, to carry or accompany such documents, goods, or articles.

The Carriage by Road Rules, 2011 was passed by the Central Government with the powers conferred by the Act and stipulates conditions for the grant of registration which applicants must comply with. They include:

Records of the transactions must have maintenance and every quarter by the holders of a certificate of registration, and they must submit to the registering authority.

The Act governs the carriage of goods by rail. It contains the following provisions:

Carriage of Goods by Sea

In India, carriage of goods by sea governs by the Indian Bills of Lading Act, 1856. The Indian Carriage of Goods by Sea Act, 1925, the Merchant Shipping Act, 1958. Further, general statutes, such as the Marine Insurance Act, 1963, the Contract Act, 1872. Moreover, the Evidence Act, 1872, the Indian Penal Code, 1860, the Transfer of Property Act, 1882. Further, the Code of Civil Procedure, 1908, the Criminal Procedure Code, 1973, the Companies Act, 1956, etc as well as the general principles of law such as the law of tort, public, and private international law, etc.

The Indian Bills of Lading Act, 1856 emphasises the negotiable and other characteristics of a bill of lading ( the document issued by the carrier that constitutes prima facie proof of the receipt of goods by them). The Carriage of Goods by Sea Act, 1925, contains the Hague Rules regulating the respective rights and liabilities of the parties to a contract governed by bills of lading or similar documents of title for the carriage of goods by sea “from any port in India to any other port whether in India or outside India”.

The Merchant Shipping Act contains rules regarding registration of Indian ships; transfers or mortgages of ships or shares; national character and flag; safety; collisions; accidents at sea and liability; limitation of liability; prevention of pollution; investigation and enquiries; wreck and salvage; coasting trade; sailing vessels; penalties and procedure, etc. A contract of carriage of goods by sea is a ‘contract of affreightment’.

Many of the provisions adopt from rules that formulates by various international conventions. It is such as the United Nations Convention on the Carriage of Goods by Sea (the “Hamburg Rules”). Which establishes a uniform legal regime governing the rights and obligations of shippers, carriers; and consignees under a contract of carriage of goods by sea; the United Nations Convention on Contracts for the International Carriage of Goods Wholly or Partly by Sea; (the “Rotterdam Rules”) which provides a legal framework that takes into account the various technological and commercial developments that have occurred in maritime transport.

Carriage of Goods by Air

The rules contained in the Third Schedule of the Montreal Convention relating to the rights and liabilities of carriers; passengers, consignors, consignees, and other persons, shall, subject to the provisions of the Carriage by Air Act; have the force of law in India about any carriage by air to which those rules apply. Further, irrespective of the nationality of the aircraft performing the carriage.

The Ministry of Civil Aviation is the nodal Ministry responsible for the formulation of national policies. And, programmes for the development and regulation of Civil Aviation; and for devising and implementing schemes for the orderly growth; expansion of civil air transport. It is responsible for the administration of the Aircraft Act, 1934, Aircraft Rules, 1937. Moreover, various other legislations about the aviation sector in the country. The Airports Economic and Regulatory Authority of India creates to regulate tariffs. Additionally, other charges for the aeronautical services rendered at airports.

The Draft National Logistics Policy is to drive economic growth and trade competitiveness in the country. It is through an efficient and reliable logistics network with the integration of updated technology and skilled manpower.

The Policy also aims to create a Logistics Fund for the development of Multi-Modal Logistics Parks (MMLP); setting up a Center for Trade Facilitation and Logistics Excellence (CTFL). Additionally, incentivising select start-up acceleration funds for promoting the development of new technology in logistics. For all of the above reasons, a cross-ministerial governance mechanism will be set up. It is consisting of four committees/councils.

The Government of India is aiming to promote Foreign Direct Investment in the logistics industry. Investment can be carried out in two ways:

The extant Foreign Direct Investment (FDI) policy permits FDI up to 100%. Additionally, Under the automatic route for the logistics sector subject to applicable laws/sectoral rules/regulations/security conditions.

The Indian logistics sector currently has a value of $160 Bn. With the sector expected to become worth $215 Bn in the next two years. India’s rank has gone up from 54 in 2014 to 44 in 2018. It is in the World Bank’s Logistics Performance Index (LPI). In terms of overall logistics performance. The logistics industry is a key player in the economic market and better initiatives to improve its infrastructure. Further, reduce costs, and increase efficiency will only contribute in helping India meet global standards.

Also read: Perspectives on the markets and economy for logistics sector

To explore business opportunities, link with us by clicking on the 'Connect' button on our eBiz Card.

Greetings! We would love to work with you and your company. We look forward to connecting with business houses and MSME's.

Other articles written by Vakilsearch Staff

New PF tax rules from April: How will it impact you? 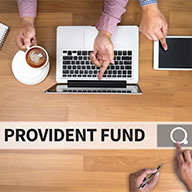 Why is it mandatory for an employer to contribute to EPF?

The way ahead for retail businesses

Packaging for shipping: Tips to ensure safety of e-commerce shipment

Perspectives on the markets and economy for logistics sector

Use recycled plastics for packaging & reduce your carbon footprint