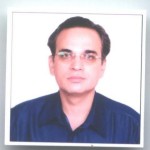 Background: One major concern staring into the face of Indian economy is the trust deficit over the country’s official data, specifically concerning the Gross Domestic Product (GDP) growth. With a growth projection of over 7% in 2019 and 2020, it is imperative that the statistics India is projecting come out clean and transparent. Rajesh Joshi in this article shares his views on the failing data credibility of India and some reasons contributing to this problem.

Since the last few weeks there has been a lot of hue and cry about whether India has lost credibility of its data?

A highly reputed magazine covering finance and economics around the world published the book “GDP” (gross delusionary product) a few years ago. The simple way to understand how GDP is calculated by adding data from various sectors depends on the structure of that particular nation. It depends on them to select what to add and avoid. Also the time consumed in finalising the entire data helps in creating leakages. Since the time GDP came into making, multiple changes have been made to how India uses and calculates statistics -- from economic growth and inflation to jobs and taxes. This has sparked a question on credibility of government data. So if the base is so vast and complex, the outcome, whether it is correct or not, may be very difficult to understand.

Now if we think about India and its structure in terms of diversity, size etc., it is interesting to note that since independence till date we have not been able to find a solution to get the correct information (data) about the unorganised sector in the country. This sector contributes to more than 50% of our population. So when collecting the data, we already have lost more than 50% people’s earnings, savings, expenditure etc. That means we have just 5%-10% of the population paying various taxes. So in a nutshell we can imagine how effective collecting the right data is.

Since the time GDP came into making, multiple changes have been made to how India uses and calculates statistics - from economic growth and inflation to jobs and taxes. This has sparked a question on credibility of government data.

In my opinion, below are the two reasons due to which India's data collection seems to be in a jeopardy:

I have a friend in the government sector. Their job is to collect data on census and they have targets to finish their task. So they take the help of their friends and relatives who are hurriedly trained and told the way to fill in the data. In such a vast country as in India and with so many complex names etc. this creates errors. So the data collection validity vary, right from start.

2. Administration: Duplicity of the work

The imperial thinking still exists in the various departments and sub- departments. I am an investor in the New Pension System (NPS) since the last 10 years. Few years ago, I had an opportunity to meet central pension system managers. To put it simply, there is a central record keeping agency (which has data of the investor) followed by the fund manager etc. The confusion among them was that the record keeping agency did not submit the data in time for the fund manager to invest. Since the fund manager did not get the data of the investors in time (investor age, his job, etc.) he couldn’t decide in time how much contribution of an investor should be in equity. Imagine there are more such departments like collection, distribution, promotion etc. and the same state of confusion prevails there as well.  If these departments got merged in to one, the investments could be effective and timely. In nutshell the complexity is killing the efficiency.

The stock market collapse of 2008

When I was listening to the discussion on the so called credibility of data, most experts referred to the west. They claimed that their data is transparent and not manipulated. Hence their data credibility is much superior to us.

If you remember the financial market collapse of 2008, you know how much credible their data has. This was the darkest period in US financial market history where major financial markets lost more than 30% of their value. All of that started with subprime mortgages which are targeted at borrowers with less-than -perfect credit score and less-than-perfect adequate savings. Investors who could not afford a home in first place because of their poor financial health had now more than one home. The investments bankers diluted the credit score so much. Still rating agencies did not reduce the bond ratings to negative. And eventually the capitalist west had to behave like a socialist country to print money and bail out the entire financial markets. The time was so bad. Companies that manufactured light bulbs to planes could not fund its day to day business. And after the crisis was over there was an inquiry. Not even a single fund manager or rating agencies or bosses were sentenced to any punishment. Even those who got bonuses as the financial markets recovered escaped. This goes on to show that the credit risk is the biggest risk in the financial world. Check what European nations are facing till date.

Does it not then make a sense to strengthen the root of India's credible data? Or the so-called experts forgot the 2008 event? Share your views in the comments section below.

Interested in reading more articles on economy? Check out our other articles here:

India improves by 23 places in ‘Ease of Doing Business’ index, now at rank 77

To explore business opportunities, link with me by clicking on the 'Connect' button on my eBiz Card.

Want to read more on Opinion?