Entrepreneurship & the Independence of Women

Women’s Day is an opportunity to celebrate women – to focus on the strides women have taken in every field, be it family, corporate, politics or the social sector. However, it is also a time to pause and reflect on the road ahead – the thought process that still needs to evolve; the glass ceiling that needs to be broken once and for all and the equal opportunities that must be enjoyed by every woman regardless of the country she belongs to. The theme of International Women’s Day 2016 is ‘Pledge For Parity’ – aptly coined for a time when women across demographics are raising their voice for equal pay and gender parity.

GlobalLinker co-founder, woman entrepreneur and now a proud pregpreneur, Summi Gambhir puts forth 5 litmus tests that are a true assessment of how society perceives women in the work arena and if there is actual gender equality in the entrepreneurial space.

It is acknowledged that women play a primary role in managing many homes, lives and large corporations. Even so, The Times of India’s, 'Identity in crisis - A campaign for gender equality in law', highlighted severe legislative challenges women experience. Issues like these bring us face to face with the hard & harsh reality that much more needs to be done to create the right social balance.

What is less spoken of, however, is the role women have played in breaking the perception barrier and as a consequence, the proverbial glass ceiling. What needs more consideration and debate is the challenges women face in their choice of entrepreneurial careers, and equally, the unconditional support they get from many quarters.

Many entrepreneurs and business owners (read that as businessmen) have started including daughters-in laws, daughters, nieces, wives, mothers and other women family members in their businesses. This growing group of businessmen, in the words of Facebook COO Sheryl Sandberg, is ‘leaningintogether’ (Sheryl launched #leanintogether, to showcase men who have shown their support for working women).

Complementing this effort are the many women who have broken away from comfortable corporate jobs or even augmented their homemaker responsibilities to take to entrepreneurship. Several other women have teamed up with other men and or women and formed new startup companies. As someone who has made a conscious choice to tread this journey, I can relate to this ‘movement’ and can clearly see reasons leading up to its growth and the many benefits from it.

But here are a few objective tests to see how real the change is or if there is a change at all:

Family gatherings not sectionalized by the men and women groups are a first and early positive sign. At such times, no more is one section expected to discuss business, politics, economy and global trends while the other section - domestic help challenges, shopping trends and neighborhood happenings. The litmus ‘Social’ test gauges if the gathering has a unified discussion and if the person leading a given discussion (woman or man) has an objective point of view.

Is a woman’s choice of an entrepreneurial career met with a smile and responded to with optimism and wishes for great success or is it instead met with pessimism?

The tone of conversations with other women and men can be very telling of attitude towards women entrepreneurial forays. Few male entrepreneurs (if any) would have been asked if their spouses were supportive of their business. But, more often than not, women entrepreneurs are asked this question, and how they manage the work-life balance.

In the case of a family run business and in partnerships, a pertinent question is if the woman is provided a role, based on business needs matched with qualifications, capabilities and strengths or on the basis of the nature of work alone?

It is often seen that well-meaning people often choose their words differently for men and women entrepreneurs. ‘How is business these days?’ they would ask the man and turn to the woman and ask ‘How is your project (or initiative)?’ Pay attention to the words used and you will know what the state of the mind really is.

While the tests suggested will reveal a mind-set (hopefully a changing one), what cannot be ignored is the tremendous acceptance and support women entrepreneurs are receiving from family, friends, business partners, team members, clients and even society at large. I, for one, have found tremendous support from all quarters and where that has either been lacking or tentative – my own resolve, passion, conviction and commitment has helped turn the tide.

On behalf of all women entrepreneurs (current and prospective) a sincere acknowledgement of the positive support most women and men have lent to us. To those who are still to evolve fully – I suggest you give women entrepreneurs a chance and see the difference they can make.

What should be discussed next and extrapolated is the economic, social and general upside we as a society and country stand to gain from greater participation by women in the entrepreneurial movement. Soon, I hope, the focus will shift to the significant contribution women entrepreneurs are making as the societal mind-set issue about women taking to entrepreneurship will be irrelevant and a thing of the past. 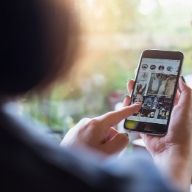 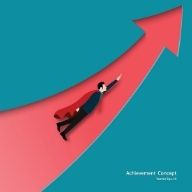 10 quotes on profit by successful CEOs and founders