Bitcoin: The emerging internet of money 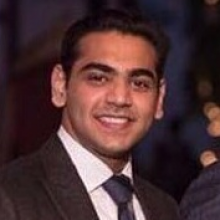 The advent of bitcoin has caught almost everyone’s attention and that’s due to a certain mystery around it. What is bitcoin? What’s all the fuss about? Before we get into its value, technology, who created it etc, let’s get to the basics first.

Bitcoin is a cryptocurrency, a form of currency just like INR, USD, GBP, JPY – a medium to transact. In the absence of this medium, mankind has been known to exchange products/services for other products/services dating back to as early as 6000 B.C. – in other words, the barter system. Money was introduced later to overcome the inefficiencies of the conventional system. Critics argue that cryptocurrencies like bitcoins are intended to overcome the inefficiencies of the monetary system.

Bitcoin is a currency just like other country-specific currencies that is completely decentralised, digitally created, held and spent electronically around the world. To rephrase – it is a currency that no specific regulatory body/country regulates, completely digital like money in your bank accounts, spendable like the way we use cards & bank transfers to buy things. The most prominent difference lies in the management of it i.e. no human regulates the value of it. It is completely automated and is regulated & managed through mathematics & powerful distributed computing.

Is bitcoin the same as regular currencies?

Yes & no – the bitcoin is similar and yet different from normal currencies. Let’s make it easier by illustrating an example. Imagine a bank account or a credit card: instead of paying in cash, buyers transfer conventional money via a bank. Bitcoin works the same – one can buy products on the Internet or cash it in for other currencies.

In a globalised environment, where regular international transfers take considerable time, cryptocurrencies like bitcoin work in a few minutes and commission charges are negligible as compared to commissions charged by financial service firms.

How does one get bitcoins?

3. Physical Coins: Order from reputed, independent producers. Be prepared to pay more for physical bitcoins than their face value.

4. Wallets: When one makes an account to get bitcoins, it gives one access to a wallet that allows you to store bitcoins. A wallet is a digital storage on the internet, on a computer or mobile phone. A wallet is like a bank account without a bank. The wallet contains address(es) like one's bank account number. Just as one has separate account numbers for different accounts, bitcoins have separate addresses. During a transaction, this address is visible to transacting parties.
5. Lockers or secret stash: If one buys physical bitcoins they can be stored like conventional currency bills and coins. Each physical coin has an online address that can be accessed with the password (private key) hidden in the coin. Then, one can transfer the bitcoin to a wallet or spend it right away.

Where to spend & how does the transaction take place?

In the past, we have witnessed that with breakthrough inventions comes a humongous base of complimentary products, like with iPhone came many companies making accessories, applications for them, with electric cars many companies started making charging stations for them. Similarly, in this case, many companies have started using bitcoins in order to gain an edge over their competitors and get the so-called first mover advantage.

Bitcoins can be spent at more than 15,000 online retailers, a point of sale by scanning wallet’s QR code, or at an exchange by swapping bitcoins with the user’s currency of choice.

While the transaction loop of bitcoin can be complex to understand. One can say that is the most sophisticated currency with best computers & algorithms taking care of it. If you’re still reading this, then you’re definitely hooked to this new geeky currency. Keep reading to find out how the transaction process takes place. The transaction is processed by a network of ‘miners’: computers that verify your transaction.

This emerging concept of cryptocurrency has given birth to another unique player – Ethereum. While bitcoin has been the most dominating cryptocurrency so for, it’s not alone anymore. While they’re both cryptocurrencies working on similar technologies, they differ in applications, popularity & value. Experts in this technology argue that Ethereum is not just a digital currency - it is a blockchain-based platform with many aspects. It features smart contracts, the Ethereum Virtual Machine (EVM) and it uses its currency called ether for peer-to-peer contracts.

One can’t anticipate the trajectory of evolution of this digital currency model as to how many more will come. Will it actually replace the conventional money & banking system or will it completely lose value if the central banks fail to accept it. Alternatively, will it force current financial service firms to step up their innovations? So far, the RBI hasn't accepted bitcoin as a legitimate currency as the parties can transact anonymously and has warned that any user, holder, investor and trader dealing with virtual currencies would be doing so at his/her own risk & potentially be violating anti-money laundering laws.

The invention of the bitcoin was an accident just like many other inventions and is now trading up to 10 million units every month on exchange. Time will tell if this is an idea whose time has come or just a passing fad.

Other articles written by Kartik Sachdeva

How many types of products can I export through one IEC?

The Hamburger Theory and the Happiness Archetype

Taxation of Bitcoins in India

Tips to design a better UX for blockchain technology